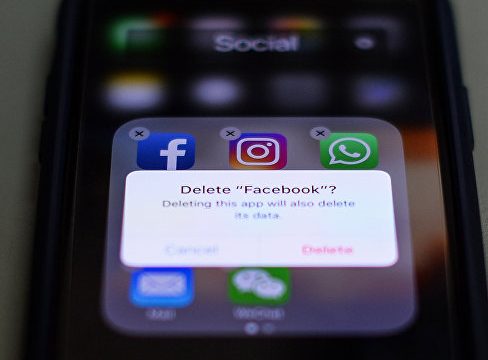 Recently, Facebook CEO Mark Zuckerberg announced his vision for the future of the company at the annual Developer Conference. The Group’s products provide the infrastructure for core democratic functions such as freedom of expression, news distribution and access to information. Our societies are increasingly shaped by how Zuckerberg and a small elite of Silicon Valley business leaders do business. The results are catastrophic.

Since the “Brexit” referendum in 2016 and the election of Donald Trump as US President the following year, the discussion about the negative impact of social networks on democracy has intensified. Especially since Facebook does not feel responsible for the content of the messages on its platform and this turns into a bush-fire for lies and unlawful behavior.

Meanwhile, Tim Berners-Lee, the founder of the World Wide Web, calls for Internet regulation, as this is the only way to save it. Jaron Lanier, Internet philosopher and pioneer of virtual reality, has written a book about why people should get out of “social media” as quickly as possible.

Instead of informing us and providing us with knowledge, the opposite is achieved with the current information infrastructure. In today’s world, lies spread faster and have more reach than the truth. It’s the most misleading and conspiratorial content that is at the center of attention and leads to the most discussion, and that’s what the algorithms are all about. Of course, there has always been disinformation and propaganda, but not to that extent and not in this way – at least not in functioning democracies. The danger to democracy arises from two different, overlapping ways of thinking. One is the business model of social networks. The other is the predominant position they occupy in our information space. One of these ways of thinking alone cannot hurt our democracy, but in their combination, the mechanism is deadly.

The advertising-based business model would not be so dangerous if we lived in a world with a multitude of products competing in the information space. Instead, in two ways, we are experiencing a movement in the opposite direction. On the one hand, Facebook and Google (which belongs to YouTube) are currently becoming a duopoly in the data and advertising market. They buy up their competitors and use anticompetitive measures to strengthen and expand their positions. The second aspect is the weakening of journalism as a result of this development. Where social networks are successful, “news deserts” are rapidly expanding – large geographic areas where local reporting is no longer available.

Today, over 2.3 billion people use Facebook every day, and YouTube had 1.8 billion logged in users last year. The majority of Americans get their messages from social media and the same applies to most European countries. Throughout human history, there have never been companies with such a reach and impact on information and human communication. The size of the user base intensifies the issue of these business models to a dangerous extent. If smaller players in the communications sector were more competitive, the situation would not be as problematic for democracy. But if only the big platforms prevail, knowledge and truth are repressed.

One could have democracy and advertising-based business models, but these should not be combined with market dominance. And theoretically, democracy and dominant platforms would also be possible if they operated in a way that was not so much furore, but instead guaranteed pluralism. In the end, we have the choice. If we want to preserve democracy, we need to ensure pluralism in the information sector by ensuring competition. To do this, we must break the duopoly or take precautions against a business model that is incompatible with democracy.

Implementing these principles could fundamentally change the business models of social network giants and help solve the problem. The other option, of course, is that proposed in the United States by Democratic presidential candidate Elizabeth Warren: to smash the companies. At the present time, the most important finding is what emerges from the warning of the philosopher Hannah Arendt: “What makes the rule of a totalitarian or any other dictatorship possible is that people are uninformed; How can one have an opinion if one is not informed? “